Valparaiso, Jewel of the Pacific

Where is Valparaiso? Chile is that long, skinny country  on the Pacific side of South America extending from Cape Horn at its southern tip to Bolivia and Peru in its north. Halfway along this stretch is the harbor of Valparaiso, today as it was centuries ago, a port of great importance to those sailing not only the Pacific waters of South America but also those venturing the Cape to far away destinations in the Atlantic and Europe.

Some Amazing Facts About Valparaiso

As with any great port city, Valparaiso has attracted cruise ship traffic. Your South American cruise may start or end in this colorful city nicknamed “the Jewel of the Pacific”. Largely unfamiliar to many, here are some things you should know about Valparaiso:

With all the “popular” destinations in the Mediterranean, Caribbean, Europe and Far East, the cruise destinations in South America are often forgotten.  One should be aware that this continent is waiting for you to explore and discover the treasures in history, culture and incredible scenery that await you.  Valparaiso is just one “jewel” awaiting your discovery. 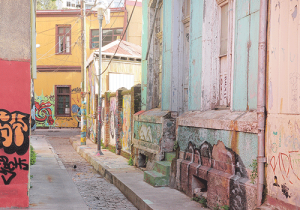 Article first appeared on Real Travel Experts. Feature photo courtesy of  Bigstock. All others courtesy of Pixabay unless indicated otherwise.